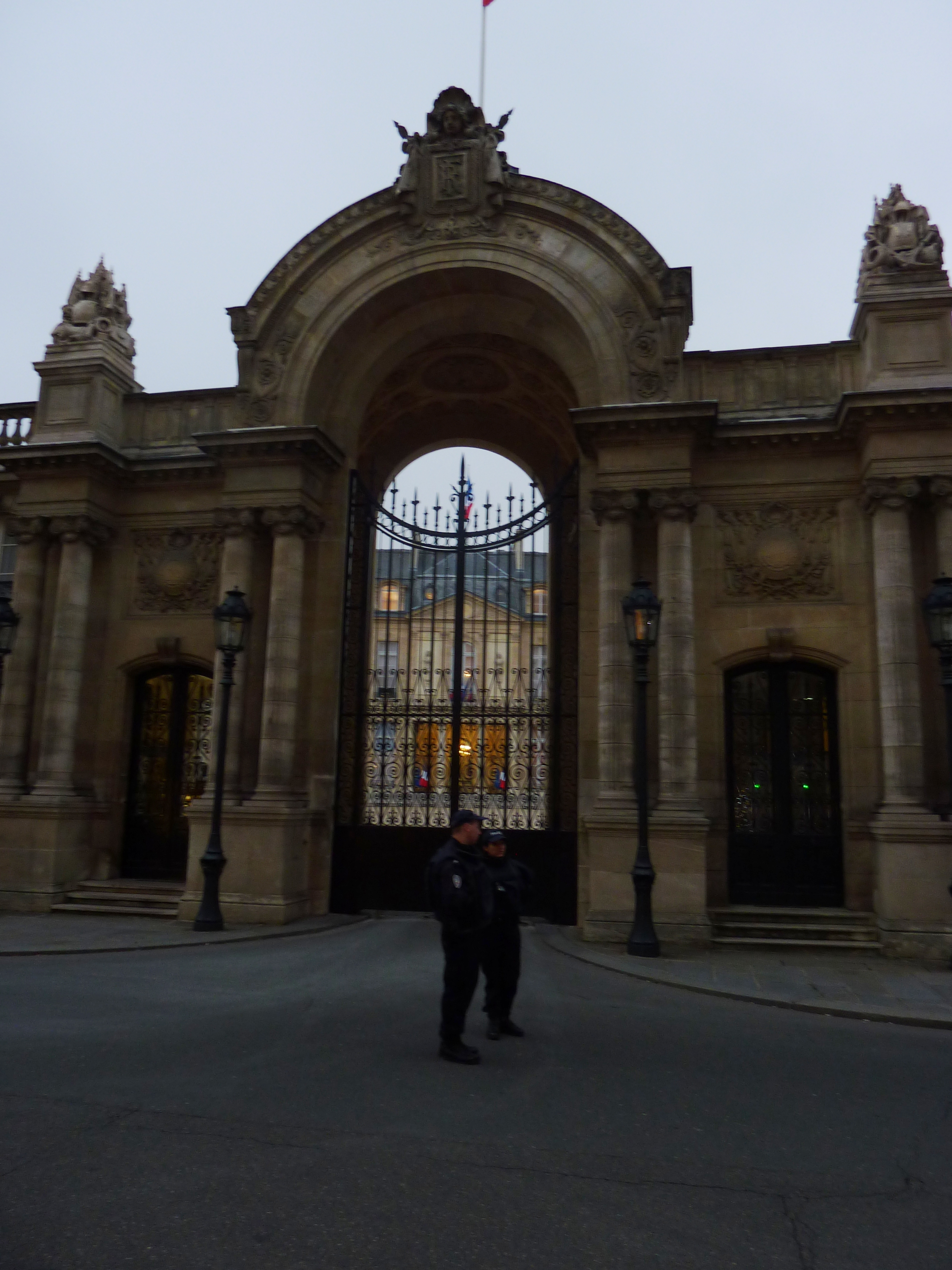 If you have been following our blog on www.pedal2paris.uk you will know that Roger, Ricky, Ewan and I have had a rather challenging cycle ride to Paris – the weather was wet, windy and cold for the most part. However, the camaraderie of the four helped us all along and on Thursday 26 November on a bright sunny day we caught our first glimpse of the Eiffel Tower as we cycled into Paris! On Friday, the Federation of European Greens held a series of talks about how to finance the changes required to move from fossil fuels to a renewable future. It was very positive and exciting, and during the meeting we were able to hand over a number of copies of Luci Isaacson`s Climate Vision report to a number of national representatives and MEPs.
In the afternoon, I decided to see if I could deliver the letter that I had carried all the way from Looe in my cycle pannier bag. I walked to the Place de la Concord and along the street to the Elysee Palace; as expected, there were metal barricades up around the Palace and armed police in considerable numbers. I spoke to a young black policewoman saying that I had a letter to deliver to the President. She instructed me to stand on the street corner, in clear view, and to not move! She then crossed the street to consult with her senior colleague. He came over, listened to my request and asked to see my passport. They then both escorted me to a side door to the Palace and told me to wait with the junior officer whilst the senior officer took my passport through the side door. A moment later, one of the Palace police, resplendent in kepi and gold braid, stepped out of the side entrance, accepted the letter, gave me back my passport and thanked me most courteously for the letter. And that was it! Considering that the whole of Paris was on high alert, it all took place in an easy and quite straightforward manner! I had visions of not being able to get within half a mile of the Palace!
So, job done! I must say it was an honour to be able to carry this important message to the President and the people of Paris and France.
Below left: I receive the letter for President Hollande from the Mayor of Looe.
Below right: A view of the Elysee Palace just before I handed the letter in to the Palace Police!